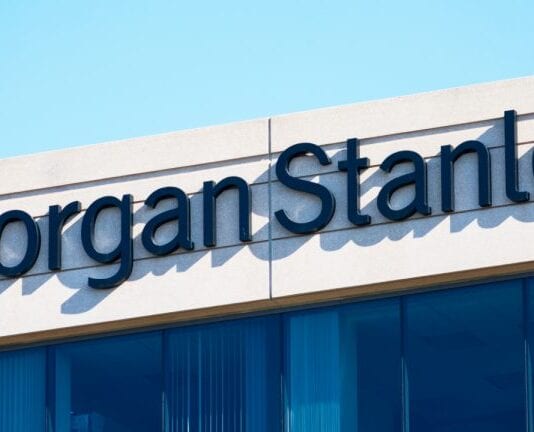 The firm reportedly told its financial advisors in an internal memo that it is launching access to three funds that allow exposure to bitcoin, the publication conveyed, citing people with direct knowledge of the matter. According to the people, clients have been demanding exposure to the cryptocurrency, adding:

Clients can likely make investments as early as next month, after the bank’s financial advisors complete training courses tied to the new offerings.

The funds are only available to clients of Morgan Stanley’s wealth management division and investments are restricted to 2.5% of the client’s total net worth, the sources revealed. Clients must have at least $2 million in assets held by the firm with “an aggressive risk tolerance” to qualify, whereas investment firms need at least $5 million at the bank.

The wealth management divisions of other major U.S. investment banks — Goldman Sachs, JPMorgan Chase, and Bank of America — do not currently allow their advisors to offer direct investment in bitcoin funds, the news outlet noted.

Galaxy Digital CEO Mike Novogratz and NYDIG both tweeted that they are thrilled “to partner with Morgan Stanley, the first US bank to offer access to bitcoin for their wealth management clients.”

Galaxy Digital and NYDIG will both be onboarding millions of people to bitcoin via the largest US brokerage. Morgan Stanley is in the game. Bitcoin is inevitable.

What do you think about Morgan Stanley offering bitcoin funds to clients? Let us know in the comments section below.