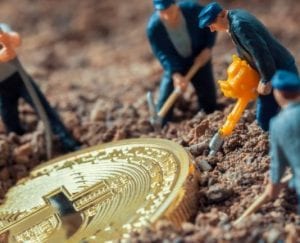 On October 29, the publicly listed firm Canaan announced the mining manufacturer has secured a follow-on purchase order from the mining operator Hive Blockchain for 6,500 units of Canaan’s next-generation Avalon mining rigs. Hive expects to increase the operation’s hashrate from 1.2 exahash per second (EH/s) to 3 EH/s by March 2022.

This week the Nasdaq-listed Hive Blockchain (Nasdaq:HIVE) and Canaan (Nasdaq: CAN) announced that Hive secured a follow-on purchase order for 6,500 Avalon miners from Canaan. According to the announcement, the shipment of the 6,500 mining rigs manufactured by Canaan will be shipped in three tranches.

In recent times, Hive announced the company is constructing expansions to its largest data center campus in New Brunswick, Canada. Hive said it aims to provide the New Brunswick site with 40 additional megawatts. The mining operation mines both bitcoin (BTC) and ethereum (ETH) and it operates a total of five mining facilities in countries like Iceland, Sweden, and Canada.

Frank Holmes, the executive chairman of Hive Blockchain said the company is pleased to bolster its relationship with the crypto mining rig manufacturer. “We are pleased to be building on our strategic alliances with leading ASIC manufacturer Canaan to achieve our goals and drive value for our shareholders, while executing on a transaction that increases our cash flow and green mining capacity,” Holmes said in a statement. The mining operation’s chairman added:

Hive currently has approximately 1.2 exahash per second (EH/s) of bitcoin mining capacity, and with this new purchase, Hive’s bitcoin ASIC pipeline will be at 2 EH/s by December 2021, and 3 EH/s by March 2022.

During the last two months, both bitcoin’s (BTC) and ethereum’s (ETH) price has made both crypto assets far more profitable to mine. BTC’s price has given older generation mining rigs new life and companies that mine crypto assets are taking full advantage. Besides Hive Blockchain a number of other firms have been placing orders with ASIC manufacturing companies like Bitmain, Canaan, and Microbt for next-generation units.

At the end of August, Genesis Digital Assets acquired 20,000 bitcoin mining rigs from Canaan, and the company also has the option to buy 180,000 more units from Canaan going forward. Canaan shares are exchanging hands for $8.72 on Friday while Hive Blockchain shares are swapping for $3.85 per share. While Canaan’s shares are down 0.19% today, Hive’s shares, on the other hand, are up 0.15%.