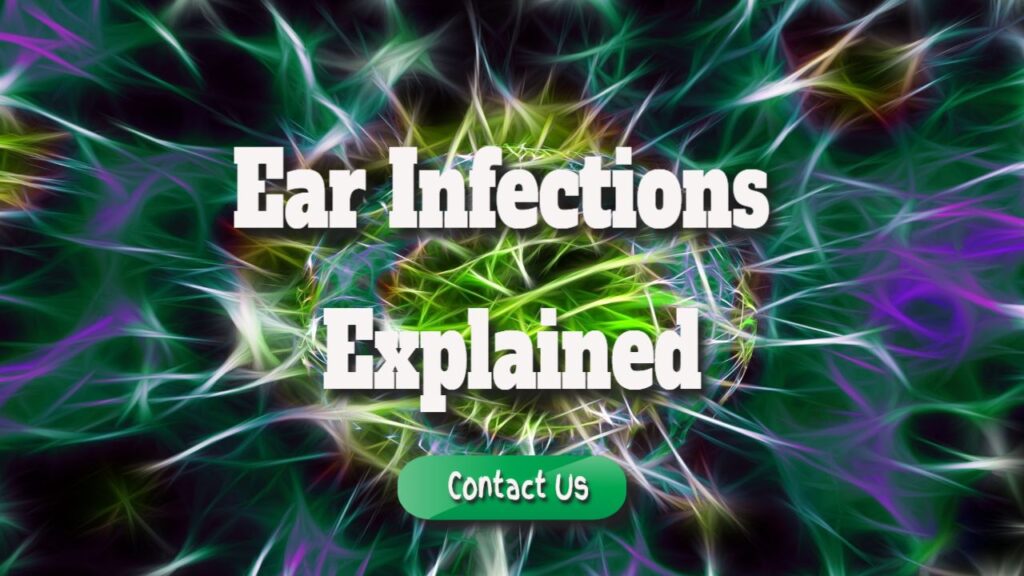 What is the cause of an ear infection?

Ear Infections Explained: The middle ear is a small space behind the eardrum that should be kept clean and dry by air that generally travels up from behind the nose through the Eustachian tube.

When the middle ear isn’t adequately ventilated with fresh air, such as when the Eustachian tube is clogged or obstructed, the area becomes damp, sluggish, and heated, making it an ideal breeding ground for germs.

The Eustachian tube is frequently too soft or immature in children and newborns and has difficulties keeping open.

Allergies, postnasal discharge, sinus infections, cold viruses, and polyps can all impair the Eustachian tube’s ability to transport air into the middle ear.

When the doctor examines the eardrum, they notice it is red and frequently bulging, allowing the doctor to diagnose an ear infection.

This usually suggests that the Eustachian tube isn’t working correctly. Otitis medium with effusion, a disease in which fluid lingers in the ear due to poor ventilation, but germs have not yet begun to develop, is caused by an accumulation of fluid in the middle ear without infection.

In recent years, experts have discovered the people who are most prone to suffer from recurring middle ear infections:

Those who have a family history of ear infections

People who live in tobacco-smoking households

People who have palate abnormalities, such as a cleft palate

People are more susceptible to infections with weakened immune systems or long-term respiratory problems like cystic fibrosis or asthma.

How can I avoid getting an ear infection?

Eliminate as many harmful substances as you can from your home, such as:

Ear infections are classified into three categories. They are named after the three major components of the ear: the inner, middle, and outer ear.

Infection of the Inner Ear

An inner ear infection may be misdiagnosed as an inflammation rather than an infection. Symptoms other than ear ache include:

In rare situations, inner ear symptoms may be a warning of a more dangerous condition, such as meningitis. 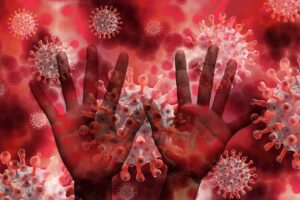 Infection in the Middle Ear

The area right behind the eardrum is known as the middle ear.

Otitis media is another name for a middle ear infection. An accumulation of fluid behind the eardrum is to blame, which causes the eardrum to protrude. In addition to ear pain, you may feel fullness in your ear.

A fever may accompany a middle ear infection. You may experience hearing loss until the illness clears.

Fluid oozing from the ear may indicate that the middle ear infection has progressed to eardrum rupture. This disorder can result in temporary hearing loss, but it usually resolves independently.

Infection of the Outer Ear

The ear region that extends from the eardrum to the ear hole is known as the outer ear.

Bacterial, viral, and fungal infections can all cause ear infections. However, whether you have an outer or middle ear infection is determined by how you become infected.

Infection in the Middle Ear

A cold or other respiratory ailment is frequently the cause of a middle ear infection. The infection enters one or both ears via the Eustachian tubes.

These tubes control the pressure in your ear. They attach to the back of your nose and throat.

An infection can irritate and enlarge the Eustachian tubes. They may not discharge correctly due to edoema. When the fluid in these tubes cannot drain, it accumulates on the eardrum.

The external auditory canal is infected. that might take place as a result of swimming is referred to by the colloquial phrase “swimmer’s ear.” This is because it is frequently caused by water remaining in the ear after swimming or bathing. Bacteria multiply in a damp environment.

A bacterial infection can occur if the outer ear is scratched or irritated by placing your fingers or other things in your ear.

Brought To You By – Ear Wax Removal Letchworth