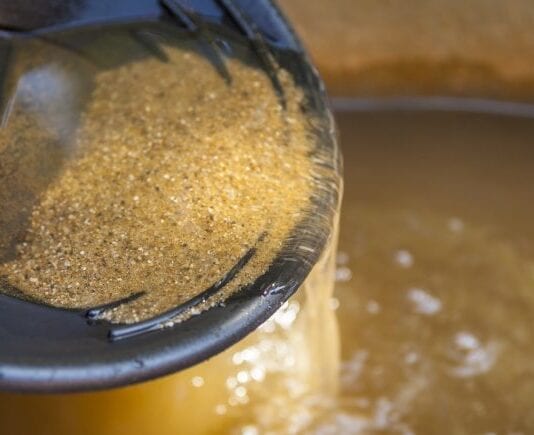 A portfolio manager and member of Blackrock’s Global Allocation Fund says gold is now a less effective hedge against inflation as well as moves in other assets such as stocks. In comments that appear to undercut the precious metal’s renowned status, Russ Koesterich claims that “gold’s ability to hedge against inflation has been somewhat exaggerated.”

While Koesterich is still cognizant of gold’s status as a “reasonable store of value over the very long-term,” he does however opine that “it is less reliable across most investment horizons.” Already, Koesterich’s firm, Blackrock, which has assets under management worth almost $9 trillion, appears to have acted on this new knowledge. As reported by Bitcoin.com News, Blackrock has started to invest in BTC.

Still, as one report notes, gold has for years been viewed as that part of a multi-asset portfolio “that can help to balance out shifts in other holdings, especially equities.” Yet as this Blackrock executive remarks, gold is currently “not working well as a hedge against either stock moves or inflation risks, although it was against the dollar.”

Meanwhile, in order to back Koesterich’s assertions, the report uses the precious metal’s recent performances in comparison to the USD and U.S. equities. The report, which uses March 11 data, states:

Furthermore, the report also notes that gold’s decline in 2021 has been accompanied by “a steady drawdown in holdings in gold-backed exchange-traded funds.” According to the report, “global ETF volumes have sunk to the lowest since June, losing about 150 tons so far in 2021.”

Meanwhile, in laying out his predictions for the precious metal, the portfolio manager hints at possible headwinds for the commodity. Koesterich points to “more stimulus and improving vaccine distribution (which) suggest the possibility of an economic surge” as his reasons for the negative prediction. Coincidentally, Koesterich’s sentiments about gold’s prospects are also shared by ABN Amro Bank, which warned in January “that gold had peaked and would drop.”

Do you agree with Koesterich’s sentiments about gold? Tell us what you think in the comments section below.