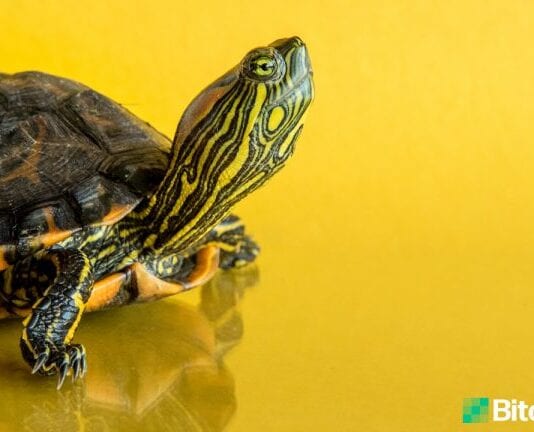 The team behind Turtledex protocol, a Binance Smart Chain (BSC) project has reportedly rug pulled its investors shortly after raising 9,000 Binance tokens worth $2.5 million. Immediately following the confirmation of the theft, the value of the protocol’s native token TTDX, reportedly plunged to near zero. At the time of writing, the social media accounts associated with the protocol appear to have been deleted.

As one report explains, Turtledex, which touted itself as a decentralized storage platform for users, successfully duped users by claiming it could help them “keep data and preserve files without needing to keep them on their computer.” These claims initially helped the Turtledex team to raise funds via the pre-sale round “in just two hours on Monday 15th.”

Next, the team would follow up this successful fundraising round by “opening their liquidity pools on two major BSC Decentralized exchanges (DEXs): Pancakeswap and Apeswap.” The native tokens, TTDX, “were unlocked and opened to circulation on March 18th at 15:00 UTC and the price quickly pumped above its pre-sale value.”

However, just 24 hours later, a Twitter user named Defistalker warned TTDX holders of a possible exit scam after noticing the removal of liquidity on the two DEXs. In an initial tweet, which shares the screenshot of the alleged theft, Defistalker said:

Liquidity on both Apeswap and Pancakeswap has been removed 10hrs ago and swapped to ETH, split to 9 wallets, all sent to Binance.

Consequently, some users are now asking Binance to intervene by freezing the stolen funds and reimbursing the affected investors. Although Binance had not formally responded at the time of writing, some users are pinning hopes on remarks made in the past by the exchange’s executives. For instance, in a tweet on March 15, 2021, Binance CEO Changpeng Zhao (CZ) hints that his organization is actively involved in helping investors track down funds after rug pulls.

Still, some users have expressed doubts about Binance’s willingness or ability to will help after noting the exchange’s failure to help Meerkat Finance investors following the rug pull. Approximately $31 million was siphoned from Meerkat Finance (another BSC project) on March 4 shortly after developers reported a hacking attack.

Meanwhile, some investors like Twitter user Defistalker are now querying the value of auditing smart contracts when “developers can simply pull liquidity to dump.” Defistalker said:

“Turtledex (TTDX) smart contract was audited by Techrate1 on February 21, 2021. Whilst no big issues were found, it asks the question, what is the purpose of a smart contract audit? If developers can simply pull liquidity to dump, are we even asking the right questions?”

Can smart contracts audits help pre-empt rug puls in the Defi space? You can share your thoughts in the comments section below.